When Dread Becomes You

Your body, brain and mind on fear and panic

The Covid-19 crisis is triggering global fears that are beginning to cross over into panicky feelings (especially if you or a loved one is over 80 and in a nursing home). That state of mind is called “dread.”

In this piece I will endeavor to describe and explain what is going on in your body, brain and mind when you are in a state of dread.

A disclaimer. It is empirically (i.e. observationally and experience) based and neither evidence nor research based.  In fact, I would ask such researchers to weigh in and make what follows more scientifically sound.

Nevertheless, I hope it will help you better understand what is going on inside you and in so doing be calming, reassuring to you and even inform you and others who read this about what might psychologically stem the tide of rising fears.

When you’re fearful, it’s because the way you have been living your life and the reassuring assumptions about the world that keep you calm enough to make good decisions are suddenly upended. It’s as if the beliefs you have that help you to maintain your daily sanity and orientation are suddenly ripped away and the future you were living into with some hope and confidence, is suddenly gone and replaced by dread.

As your cortisol and adrenaline rise, so too does dread and a part of your brain which deals with emotions, also referred to as your mammalian/middle brain (more on that later), called your amygdala becomes highly activated.

Your amygdala is a combination emotional sentinel and point guard rolled into one. If your amygdala senses this is a time for survival it can hijack you away from accessing the prefrontal part of your cerebral cortex, that helps you assess as situation, consider options and then make rational decisions. The hijack actually coincides with more blood flow going into your middle and then lower/reptile brain to take action to survive and away from going to your upper/human brain where you can think and consider options.

When an amygdala hijack causes blood flow to go more to your middle and lower brains an interesting thing happens to something called your Triune Brain.

Paul MacLean was a physician and neuroscientist who first coined the phrase Triune Brain to go along with his theory that we have three brains: an upper/human/thinking brain, a middle/mammalian/emotional brain, and a lower/reptile/fight or flight brain. He postulated that they developed through evolution and have learned to align with each other when we’re functioning at our best. They are kept in alignment when they are all aimed a future that we’re living into.

However, when a relatively predictable future becomes completely uncertain and an amygdala hijack occurs with resultant blood flow change, your three brains can become “decoupled” with each brain functioning separately from each other.  We even have metaphors that reflect that: wigged out, unglued, out of sorts, out of you mind, freaked out, etc. When that happens, you have entered into a state of dread.

When that amygdala hijack occurs and each of the three brains fend for themselves, the  upper/human/thinking brain can flip into obsessive thinking (thinking the same thoughts repetitively), the middle/mammalian/emotional brain can flip into high anxiety (with dread causing it to flirt with terror and then panicky feelings), and the lower/reptilian/fight-flight-freeze can flip into compulsive repetitive behaviors where you run, become angry or just freeze in your tracks.

When this occurs, you have what I refer to as Triunal Rigidity, where the three brains have become rigidly connected to each other after the future they were aiming towards gets stripped away. Triunal Rigidity is what makes your mind brittle and prone to feeling fragile as if it could break and shatter (= lose your mind). It is that feeling of brittleness leading to fragility leading to shattering that can cause a sense of impending doom, terror and panic. The physical manifestation of Triunal Rigidity is when you freeze (a.k.a “deer in the headlights” in the face of danger.

What is the solution to this?

That is what I refer to as Triunal Agility where whatever uncertainty and unpredictability is thrown at you, you can pivot, realign with what you need to do and then take action.  And if that action is a little off, your Triunal Agility can enable you to re-pivot and realign some more. You can visualize this every time an NBA player stops dribbling and has to pivot, shoot or pass the ball.

What is necessary to transform your brittle Triunally Rigid mind that is consumed by dread into a rapidly adapting Triunally Agile mind that can reason?

Let’s use the Coronavirus as an example.

It is the following information regarding Covid-19:

Generalized non-factually founded reassurances or worse, consistently inconsistent messages from President Trump who doesn’t appear to grasp the situation or even understand the virus rather than being assuring actually appear to increase uncertainty and dread, because he makes it difficult to believe him.

The person best qualified to deliver the message must be highly trained, experienced in such matters, calm, clear, with specific directions and someone we can believe. Dr. Anthony Fauci who is head of the National Institute of Allergy and Infectious Diseases appears to be the current “go to” person to advise us.

Fear – a tense state of mind where your thinking and ability to react is constricted, but you are still able to function with difficulty.

Panic – a brittle, verging on fragile, state of mind where at any moment your feel as if you’re going to lose your mind (an apt and accurate term) or that your mind could shatter, leading to either fight, flight or freeze in your behavior.

Dread – when fear intermittently verges on panic and then backs off, the highly agitated state of mind you are feeling can build until you are constantly in a state of dread. Dread is one of the things that maintains your stress hormone, cortisol, at a high level which can lead to your feeling brittle.

Cortisol – a hormone released by the adrenal glands during stress to help your body react accordingly to increase chance of survival usually by triggering adrenaline release. Long-term exposure to cortisol and other stress hormones can wreak havoc on almost all of your body’s processes, increasing your risk of many health issues, from heart disease and obesity to anxiety and depression

Adrenaline – a hormone secreted by the adrenal glands, especially in conditions of stress, increasing rates of blood circulation, breathing, and carbohydrate metabolism and preparing muscles for exertion.

Amygdala – part of your emotional brain that helps coordinate responses to things in your environment, especially those that trigger an emotional response. This structure plays an important role in fear and anger.

Amygdala Hijack – a term coined by Daniel Goleman, creator of the field of emotional intelligence, to describe how when you are overwhelmed by emotion, and when stress (through which you can still think with difficulty) crosses over into extreme distress (where you focus solely or alleviating the distress), your brain and your mind are “hijacked” away from using your prefrontal thinking cerebral cortex into reacting according to prewired and hard wired prior experiences and you are temporarily unable to asses and think through the present situation.

Triune Brain – theory proposed by Paul Maclean that our brain is functionally composed of a human/thinking brain, mammalian/emotional brain, reptilian/fight or flight or freeze brain.

Triunal Agility -term coined by Mark Goulston to describe how when you are under stress and distress, your thinking/feeling/acting brains are still able to adapt, consider options and make good decisions

Triunal Rigidity – term coined by Goulston to describe how when you are under stress and distress, your thinking/feeling/acting brains are unable to adapt, consider options and make good decisions. It is as if they are hard wired and following the definition of insanity as doing the same thing and expecting different results. 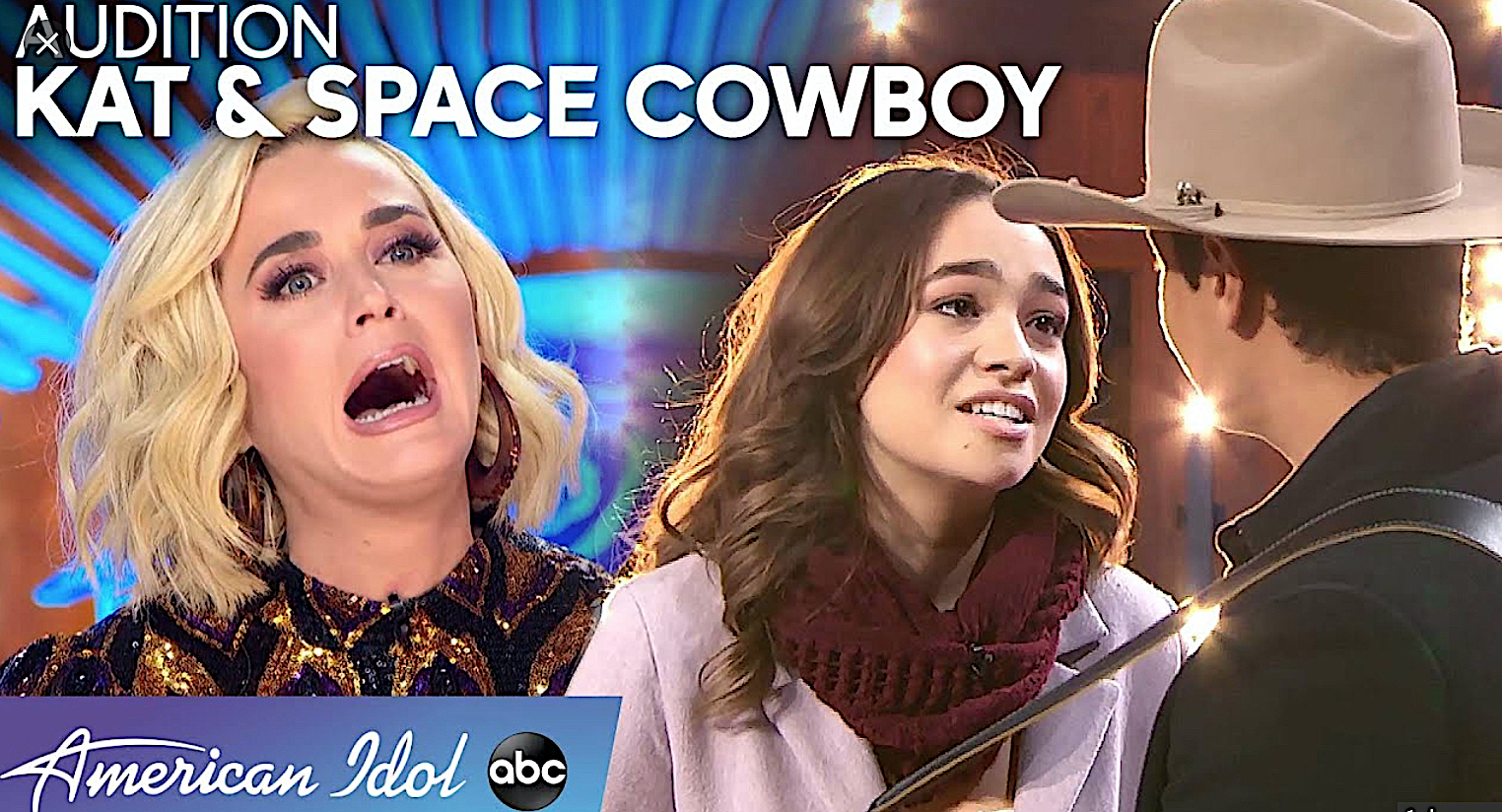 What Made Katy Perry Gasp?

One thought on “When Dread Becomes You”