Gotta Have It Assessment

Q: What do all the customers lined up around the block outside an Apple Store the first day a new product becomes available have in common?

That is what occurred to me a year ago when I decided that I am not going to try to persuade or convince another human being to do anything.  Why?

Because after doing it for close to 40 years I realized it was too much work and more often than not, people just reverted to their “unconvinced” state of mind, even if they didn’t go so far as to ask for their money back.

I also discovered that fewer and fewer people want to be persuaded and even fewer people — with the exception of dyed in the wool killer sales people who enjoyed it as a blood sport — doing the persuading wanted to do it.

I was at the start of doing a series of presentations to an organization of separate tech and healthcare CEO roundtables called Adaptive Business Leaders (ABL) in Northern and Southern California.  My first presentation was about communication and was built upon my work in the area of listening and on my book, “Just Listen” Discover the Secret to Getting Through to Absolutely Anyone and my rating of 4.3 out of 5.0 was very good given that the members were CEO’s and/or Founders, who were not the easiest audience to win over.

Although the presentation was highly rated I realized that I didn’t want to have to prove and convince people about their need to become better listeners. I next thought, “If I could provide something they wanted, I wouldn’t have to be so persuasive.” However. following that I came to the conclusion that I didn’t want to have to persuade people at all.  But if I could figure out what causes people to say to themselves, “I gotta have it!” then I wouldn’t have to persuade them at all.

I told the founder of ABL that I wanted to switch the title of my next talk to: Creating “Gotta Have It!” which she was hesitant to let me do, since she was very pleased with the results of the first presentation.  But having trust and confidence in me, she told me to go ahead.  At the next presentation to another ABL group, I received all 5.0’s out of 5.0 and at that point they asked me to present to the rest of their nine roundtables.  Even more interesting was the fact that someone told me I had discovered the formula that Apple unconsciously followed to create “gotta have it” and then at a next group someone told me that I had discovered the formula that Steve Jobs unconsciously followed.

Since that time I have continued to give the “Creating Gotta Have It!” presentation (often with times with a slightly different title).  After one such presentation someone came up to me and told me that I had not only figured out Apple’s and Steve Jobs’ formula, but I had also figured out the unconscious formula that ISIS followed to radicalize and cause vulnerable young men and women to react with, “Gotta join it!” I am now in the process of taking this information to help anti-terrorist efforts.

How do you create “Gotta Have It”?

Interested in learning your “Gotta Have It!” score? Just take our assessment! 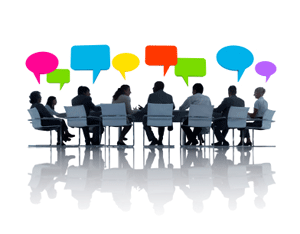 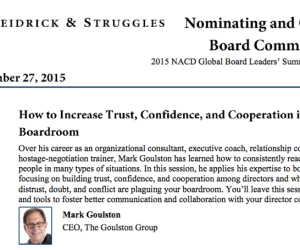