“If you can keep your wits about you while all others are losing theirs, and blaming you. . . . The world will be yours and everything in it, what’s more, you’ll be a man, my son” – Rudyard Kipling

Paul, a reader of my just published book, Talking to Crazy: How to Deal with the Irrational and Impossible People in Your Life, recently told me, “Your book is not about ‘talking to crazy’; it’s about becoming unflappable and present.”

When I asked Paul what he meant by ‘unflappable and present,’ he said, “If you’re unflappable but inscrutable, you come of as robotic and stiff.  That’s one of the things that did Mitt Romney in when he ran for President.  Unflappable and present means you are engaged with the other person or your audience.  That causes them to feel listened to and that you have considered what they have said.  The majority of people in this world know that you actually can’t do a lot of what they’re demanding because they know everyone else is trying to get your attention.  Only the most immature and most irrational people expect you to.  However nearly everyone expects you to at least listen to and consider what they say.”

I was pleased to hear what Paul said, because without consciously knowing it, my three most recent books, “Just Listen,” Real Influence (co-authored with Dr. John Ullmen) and Talking to Crazy have formed a trilogy that helps people to become “unflappable and present.”

“Just Listen” is about listening into people with the gold standard of listening resulting in people “feeling felt” by you. Real Influence is about letting go of “your here” and going to “their there” and then doing much more for people than they expect. Talking to Crazy is about leaning into people’s irrationality and by doing so, causing them to feel safe instead of judged by you, which causes them to listen to you and allow you to walk them back to listening to reason.

As some of you know, I am passionate about applying neuroscience to my work in the field of interpersonal communication.  I do it empirically based on “boots on the ground” personal, clinical and professional experience rather than research or evidence based data.  For those of you looking for such data, please accept my apologies for my ideas lacking evidence and research based rigor and my request to you to provide the evidence and research to explain what follows.

In “Just Listen,” I coined the term Mirror Neuron Gap. I explained how Mirror Neurons were initially discovered in the brains of Macaque monkeys and found to be responsible for their imitative behavior.  That is why they were initially called “monkey see, monkey do” neurons.  They have since been discovered in humans and thought to be associated with imitation, learning and empathy and when defective, to be associated with autism (where affected individuals cannot “mirror” social cues).

By Mirror Neuron Gap, I explained that the more we emotionally and psychologically conform to others and the outside world, the more we unconsciously (or consciously for “score keepers”) expect it to reciprocate.  The more we care about the outside world and less we feel it cares about us in return, the greater the Mirror Neuron Gap and our hunger for that caring. Talking over or at widens the Mirror Neuron Gap; talking with narrows it.  Distracted listening widens it, listening into people narrows it.  I also mentioned how “feeling felt” as with accurate and caring empathy causes many people to spontaneously cry with the relief from lives of aloneness (because they feel completely mirrored) and in the worst cases, lives of quiet desperation.

In Real Influence, which was focused on the business market, John Ullmen and I explained how there were four steps to being able to “persuade without pushing.” Step 1 was to come up with a great outcome for the other person. Step 2 was to get past your blind spots. Step 3 was to go “their there.” Step 4 was to do more than the other person expected.

In Talking to Crazy, I take narrowing the Mirror Neuron Gap to a new level by not just mirroring, but actually leaning into the irrationality of people in such a way that it causes a neurophysiologic shift in them.  When that happens their cortisol (i.e. stress related hormone) goes down and their oxytocin (i.e. bonding related hormone) goes up.

That results in irrational people being able to calm down, open up to you, listen to you and consider what you are saying. In Talking to Crazy, I also introduce the terms Triunal Rigidity and Triunal Agility.  These concepts are built upon the Triune brain model first described by American physician and neuroscientist, Paul McLean. With that model, he explained that functionally and to a certain extent anatomically our brain is composed of three brains.  An upper 250,000 year old, human, rational, thinking brain which sits atop a middle 65 million year old, mammalian, emotional, feeling brain which sits atop a 245 million year old, primitive lower, reptilian, “fight or flight,” actional brain.

Triunal rigidity occurs when a person’s three brains become hardwired and fixated on a reality that may or may not be present and that they will defend with all their might.  That is because outside that fixation they are so rigid they begin to feel brittle and even fragile. That is also an explanation for the term “tunnel vision” and the well known definition of insanity as: “Doing the same thing over and over and expecting different results.”

Triunal agility occurs in mentally healthy individuals who can focus on tasks, but then when a situation changes, are able to “decouple” their three brains and recouple and realign themselves to the new reality.  That may also be why Darwin was quoted to have said, “It is not the strongest nor the most intelligent that survive, but the one who is most adaptive to change.”

When you “lean into” an irrational (meaning having their three brains misaligned to a present reality) person, listen into and empathize with them you create a safe space that they needn’t protect themselves against.  And when you continue to engage them in a conversation that walks them through the Sanity Cycle (a concept covered in Talking to Crazy), you make it safe for them to stop defending their irrationality and you build a bridge back to the sane side of the tracks.

That also results in you becoming “unflappable and present.” 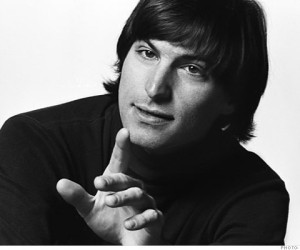