I believe Mimi and Bob created Adaptive Business Leaders with the mission to inform, empower and embolden members to do what’s necessary to grow and succeed through peer-to-peer support and counsel. And if Peter Diamandis is correct in his saying, “If you don’t disrupt yourself, someone else will,” you couldn’t find a better resource than ABL to help you stay at the leading and at times, cutting edge to help you “adapt” to such a rapidly changing world.

I feel honored that I was invited to speak to all of ABL’s groups as a resource to serve their mission.  Little did I know that my presentations would morph into my creating a company and now becoming an entrepreneur myself.

Here is the latest iteration of the monster you created that I hope will remind you of some of what we spoke about when I met with your group:

In case you forgot what happened (even though it included you), in the Fall of 2014 Mimi and Bob and you were kind enough to invite and allow me to use ABL as an R & D for a concept I came up with that I called, Creating “Gotta Have It!” I came up with it because I realized that after 40 years of trying to persuade and convince people about things they needed but didn’t want — such as getting out of their own way or listening — that I had reached the point where I didn’t want to ever have to persuade anyone to do anything again.

I thought if I could figure out what people wanted, I wouldn’t have to persuade so hard. But that wasn’t good enough for me because I decided I didn’t want to have to persuade people at all.

Since that time I have:

Presented my Creating “Gotta Have It!” presentations at:

Created a “Gotta Have It Assessment:”

Am about to release my next, and seventh “gotta have it!” book entitled: Talking to Crazy: How to Deal with the Irrational and Impossible People in Your Life (due out October 21) and as my publisher told me, “This is a ‘don’t leave or go home without it’ book.”

AND started a company called the Goulston Group where we help companies to create “gotta have it” (to turn customers and clients into raving fans), “gotta work there” (to attract and recruit talent) and “gotta invest there” (to attract capital).

And we are now being called upon around the world to create “gotta have it!” everywhere.

THANK YOU Mimi, Bob and ABL! 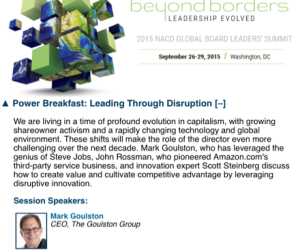 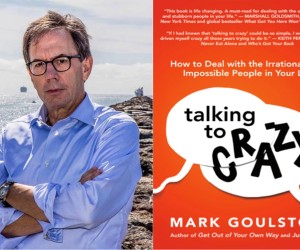